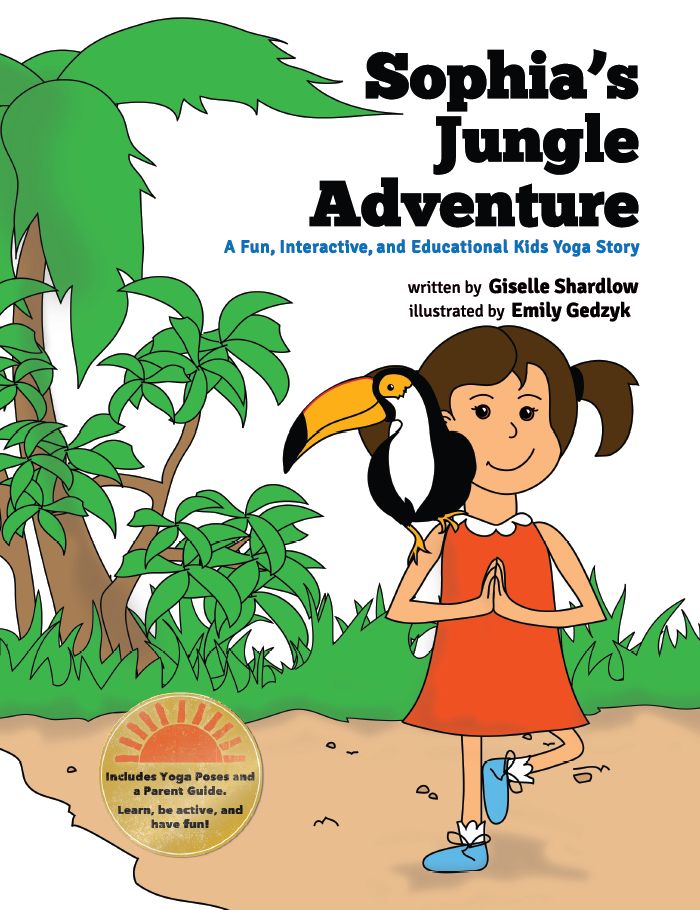 Popular and inspirational kids yoga books and cards by Boston-based Kids Yoga Stories is becoming an international success. The company is happy to announce that their most popular book Sophia’s Jungle Adventure is now available in six languages, with more translations planned for the future.

It’s not a surprise many parents are always on the lookout for ways to encourage their children to be more active and creative while working on positive habits that could benefit them later in life. Kids Yoga Stories has contributed very strongly in this area and is steadily building a large international family of supporters. Specializing in kids yoga storybooks and kids yoga cards, the company recently announced that their most popular illustrated kids yoga story book Sophia’s Jungle Adventure has now been translated from English into six other languages. Embraced across the world, the story’s popularity only continues to rise.

“We’re passionate about our mission here at Kids Yoga Stories,” commented owner and author Giselle Shardlow. “To see our international editions released is like a dream come true. There’s nothing more fulfilling than knowing children around the world are enjoying our stories, practicing yoga, and getting a really positive start on healthy, natural movement early in life.”

Translations of other Kids Yoga Stories books and cards are also expected in the near future. Family feedback continues to be wildly positive.

Emily P., from Maine, recently said, “One of my son’s and my favorite things to do is read Kids Yoga Stories at night and have fun yoga play during the day. I was surprised at first how much he loved the stories and they encouraged him to be more active. I’d recommend the series to anyone concerned their child is spending too much time watching television, or doing other not so positive ‘activities’ that aren’t active at all. Five stars and recommended 100%.”

For more information, be sure to visit https://www.kidsyogastories.com. Sign up for the free weekly Kids Yoga Stories newsletter for yoga tips and kids yoga resources.

About the Author
Giselle Shardlow draws from her experiences as a teacher, traveler, mother, and yogi to write her yoga books for kids. The purpose of her yoga stories is to foster happy, healthy, and globally educated children. She lives in Boston with her husband and daughter.