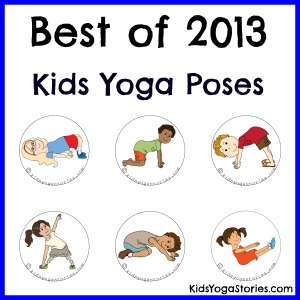 I distinctly remember my instructor telling the class about the origin of the yoga physical postures (“asana” in Sanskrit) during my yoga teacher training. She explained that thousands of years ago, a group of Indians living up in the mountains invented yoga poses by mimicking their natural surroundings. They believed that practicing those poses, integrated with deep breathing, would put them on the pathway to enlightenment. Isn’t that fascinating?!

Today, we practice those same poses in yoga studios around the world. People turn to yoga for a variety of reasons, but it seems that yoga makes us feel “better.”

Children also enjoy the benefits of the physical practice of yoga. With children, it’s even more fun to invent new poses by modeling animal behavior or observing nature. I think that’s just the coolest thing–for children to learn about their natural surroundings by literally acting out what they see and hear. This form of learning just makes sense to me, and it’s a major inspiration for my yoga stories and yoga sequences for you and your children to follow along with at home.

And that brings me to the most popular post of 2013.

The Most Popular Post of Kids Yoga Stories in 2013

The most viewed post for the whole year was the alphabetical list of kid-friendly poses, along with keywords and a brief description. Of course, this list is meant to be a guide to get you started. Creativity is absolutely encouraged! 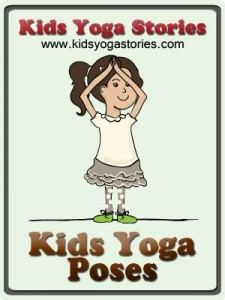 Flow from one pose to the next is my most important consideration when putting together a yoga sequence. Without flow, you would be constantly going up and down to get through the poses, which interrupts the fluid motion of yoga and is quite annoying. Also, practicing a mix of forward and backward bends could cause injury. So I follow recommended sequences that we learned in yoga teacher training.

Yoga flow make sense for your mind and body. Keep this in mind as you play with different poses. Despite all that, there is no right or wrong way to practice the yoga postures. Jump in and give it a go. Your children can absolutely have fun while still being safe.

Have you met our yoga kids?

Each of the six children, including three girls and three boys, is from a different continent. Meet Elizabeth from England, Baraka from Tanzania, Luke from Australia, Sophia from the United States, Pablo from Guatemala, and Anamika from India. 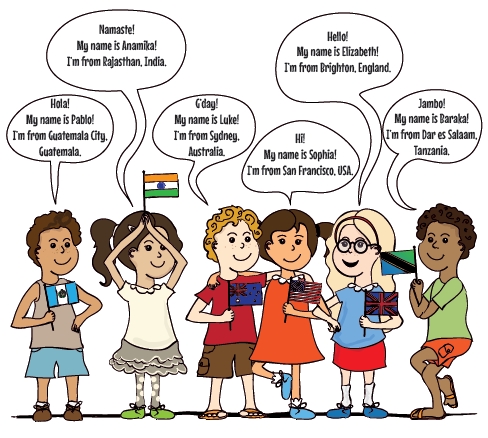 The six yoga kids appear together for the first time in the newly released, Good Night, Animal World, a bedtime yoga book for toddlers and preschoolers.

Because this list of kids yoga poses was the most popular post of 2013, I am going to provide more posts about basic yoga poses in 2014. Stay tuned for more yoga pose images, descriptions, and sequences this year.

Get Updates from Kids Yoga Stories

To find out about other yoga tips and thematic yoga sequences, join our weekly Kids Yoga Stories newsletter by adding your name and email to the box at the top of the page.